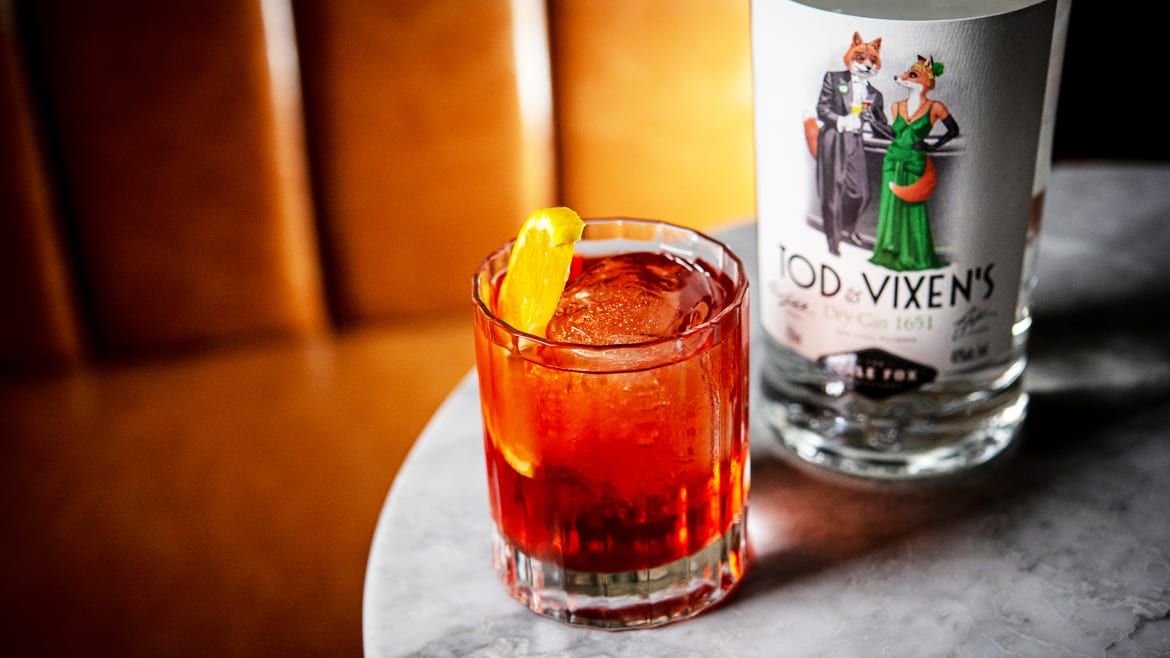 At least, not yet.

In the United States, the national craft alcohol portfolio features two entries: bourbon and rye. Bourbon, the golden child of the States, is made from a mash that’s predominantly corn and aged in a new container of charred oak for at least two years. Rye, meanwhile, is more of a newcomer to the national trending charts. Composed from a base that’s mostly rye, it is similarly aged in new, charred oak barrels.

Neither of those, however, is American single malt whiskey, and none of them are Scotch. Fortunately, the difference between Scotch and American single malt is relatively easy to comprehend. Like champagne is to France, Scotch is to Scotland. It needs to be made in the country in order to qualify for the name.

It’s not that single malt whiskey doesn’t exist in the United States. It does, but producers in the region are so few and far between that they can’t hold a candle to national bourbon industry. In the Hudson Valley, Hillrock Estate Distillery makes a good version using a small-batch process and Hillrock barley. Tuthilltown Spirits is another maker, delivering a heavy hitter (92 proof) that uses only whole ground malted barley and small American oak casks. Even so, the two are only a handful of makers in a sea of spirits production across the country.

But Eral Gokgol-Kline wants to change all that.

The founder of The Vale Fox Distillery, a small-batch estate in LaGrange, Gokgol-Kline is on the fast track to introduce a new class of American single malt to bars and restaurants across the nation. Working hand in hand with a team of leading bartenders, distillers, and industry executives, he’s crafting a purpose-built distillery in the rolling landscape of LaGrange. When it opens later this year, it will house the brand’s newly released Tod & Vixen’s Dry Gin 1651, with the whiskey to come, and invite visitors for shopping and tastings.

“[Single malt whiskey] is being made all over the world exceptionally well,” Gokgol-Kline observes. “We can make an American single malt that can compete and be as good as anything out of Scotland.”

He would know. A global investment expert by trade, he spent eight years living abroad in London after a childhood in Turkey and traveling the globe with his parents, who were both involved in international non-profit organizations. During that time, he discovered his passion for whiskey- and gin-based cocktails, an interest that has deep roots in his family history. While his mother introduced him to the drink, it was one of his great-great-great…you get the picture…Dutch grandparents who founded a distillery in New York in 1651.

Life changed for Gokgol-Kline one night in 2014, when he met his brother for drinks. On a paper cocktail napkin, the duo sipped Negronis and mapped out the plan for a whiskey-based American distillery. Gokgol-Kline was sold on the idea, although he knew he’d need a lot of helping hands to bring it to fruition.

So he began to assemble a team.

His first recruit was the late Dr. Jim Swan, a Scottish chemist who helped to engineer award-winning whiskies, like Taiwan’s Kavalan, across the globe. Swan was the first person to believe in Gokgol-Kline’s vision, and the one who designed the proprietary barrels that The Vale Fox uses to age its spirits. Next up were Harry Cockburn, a Scottish distillery engineer with 45 years of distillation experience, and Roselyn Thomson, The Vale Fox’s master distiller who racked up expertise at Scotland’s John Dewar & Sons. With all-star support in the wings, Gokgol-Kline returned to the U.S. to scout locations for the distillery of his dreams.

It took him a year to find the perfect home base in the Hudson Valley, and it wasn’t love at first sight.

“It had 20 outbuildings that had been neglected,” he says of the 120-acre location. Although he was initially disappointed, he held off judgment until he took a look at the back of the site. “There were 30 or 40 miles of views in all directions. It was fall, and the view was perfect.”

Sold on the panorama alone, Gokgol-Kline and his team spent the next two-and-a-half years constructing the purpose-built facilities that define the distillery’s grounds. Gokgol-Kline came up with the name Vale Fox after spotting a group of foxes scampering across the terrain and used the old English term “vale” as an ode to the distillery’s valley location. Around the same time, the team also began to develop Tod & Vixen’s Dry Gin 1651, a spirit designed by bartenders for bartenders. Working with top bartenders Jeffrey Morgenthaler, Leo Robitschek, and Gaz Regan, Gokgol-Kline and Thomson crafted a gin that took four or five iterations to get right.

“We started with single botanical distillates and distilled them by themselves in neutral spirit,” Gokgol-Kline explains. By first understanding the raw profiles of the botanicals, the group was able to build upon those flavors to craft a spirit that harmonizes in a diverse range of cocktails. Now complete, The Vale Fox’s signature gin is already on shelves across New York and New Jersey, with online purchase and national distribution to come in the near future. Dubbed a combination of British sophistication and American mischief, the vibrant spirit has a pleasantly weighty mouthfeel with nuances of juniper and angelica root.

Next up, of course, is the whiskey. Because it takes a number of years to develop, the drink requires perfection at each step of the game. Thomson will use Swan’s proprietary barrel to age the spirit, which relies upon a portion of grain from the Hudson Valley. The drink will mature onsite to keep production hyperlocal.

While the debut of The Vale Fox’s signature whiskey remains a number of years away, its gin is available now, with the LaGrange distillery set to open later this fall. The grounds will host both a 4,000-square-foot production area with a 2,500-square-foot welcome center and tasting room.

Until then, read through the distillery’s gorgeous graphic novel or keep an eye out for its foxy label on bar shelves near you. If you’re wise, you’ll take a cue from Gokgol-Kline and order the gin in your next Negroni.

“I love making my Negronis with it with a sliver of orange,” he says. “I love it.”