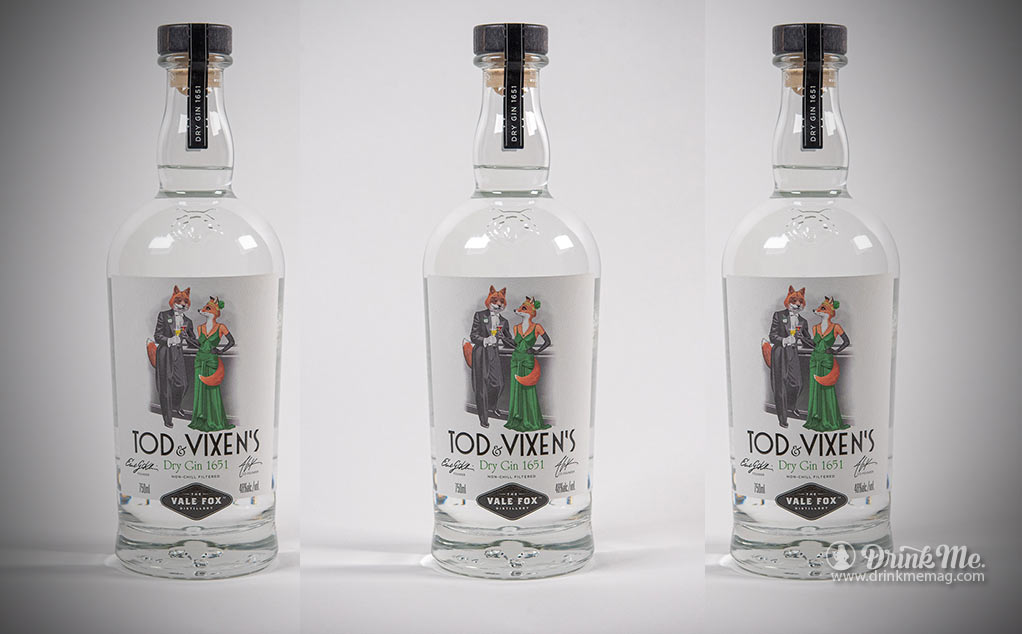 The Vale Fox Distillery in the Hudson Valley of New York, releases their highly anticipated debut spirit, Tod & Vixen’s Dry Gin 1651. With three of the world’s top bartenders, gaz regan, Leo Robitschek and Jeffrey Morgenthaler involved from day one, Tod & Vixen’s Dry Gin 1651 is specifically designed to enhance flavors in cocktails. Add the expertise of our British Master Distiller and you have one lively mix of British sophistication and American mischief.

Inspired either by ancestral calling or beautiful coincidence, The Vale Fox Distillery founder Eral Gokgol-Kline left behind his life as a global investment expert to construct an exceptional full-scale distillery from the ground-up, making an incredible discovery not long after: “Through some genealogical research, I learned that in 1651, my great, great (great, great, truly great) Dutch grandfather founded a New York distillery. I hope we’re making his “spirit” (sorry…) proud, though you have to wonder what he would have thought of the Brit we have here refining old-world distillation techniques with a newly scientific approach…”

As it turns out, ancestral wisdom alone won’t turn the stills, so Gokgol-Kline brought on an all-star team of experts including:

Shapiro is also the author of The Vale Fox Distillery’s one-of-a-kind graphic novel for Tod & Vixen’s Dry Gin 1651, which tells the tongue-in-cheek tale of two eponymous grey foxes with a penchant for imbibing who embark on a quest to save their homeland from imminent environmental destruction. In their honor, Gokgol-Kline carefully preserves his environment, protecting the indigenous deer by banning property hunting, erecting luxury residences (protected natural habitats) for the endangered turtles and bats, and using geothermal energy in the facilities.

Tod & Vixen’s Dry Gin 1651 is uniquely made by macerating botanicals including juniper and angelica root, retaining these robust flavors with non-chill filtering. The resulting sip is bold on entry giving way to a well-balanced, vibrant gin with a weighty mouthfeel.

Or, as the esteemed gaz regan put it: “THIS GIN ROCKS.”

Tod & Vixen’s Dry Gin 1651 is now available in New York at select retail locations including Ambassador Wine & Spirits, Brooklyn Wine Exchange and Boutique Wines, Spirits & Cider, as well as top bars like the Up & Up. With a suggested retail price of $39.99, Tod & Vixen’s Dry Gin 1651 will soon be available for purchase nationwide through select retailers and The Vale Fox Distillery website. Watch this space.

The Vale Fox Distillery is located just 75 miles north of NYC on a 120-acre plot, and in addition to a 6,500 sq. ft. purpose built building and 4,000 sq. ft. production area, features a 2,500 sq. ft. welcome center and tasting room, with tours and experiences and open views of the estate’s rolling hills, sassy wildlife and all.